It appears to be a box-like lump with a hole, but it's actually comprised of 2 coiled up (virtually) identical pieces. Try to take it apart by sliding and rotating the pieces. Although the pieces are angular in shape, they can be rotated in unexpected ways, making their movements quite intriguing. The theme of the puzzle is “Loops”. Created by Edi Nagata of Japan for Hanayama. 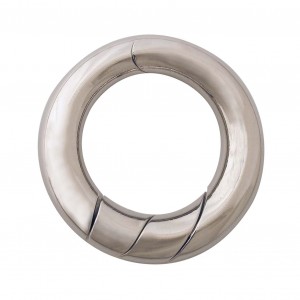 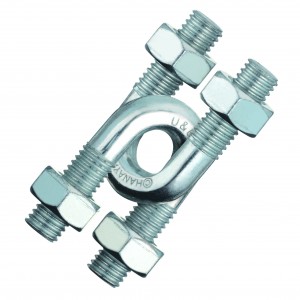 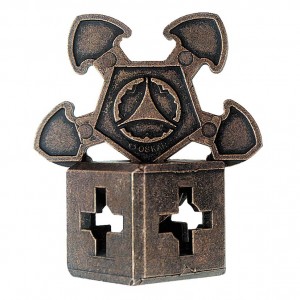 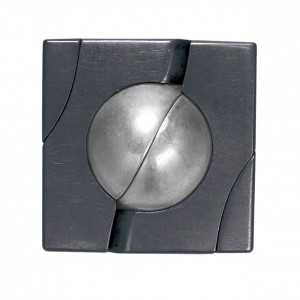 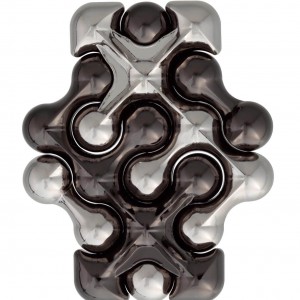