Available in Blue or Red and printed by the US Playing Card Company with a classic stock and embossed finish. Traditionally cut with standard ARRCO faces, this deck includes 2 Jokers & 2 Gaff Cards and a tuck case tab reveal., A limited edition of 2500 decks, these were reprinted in 2018 in the Kentucky factory. The red deck has a blue seal and the red deck a red real. 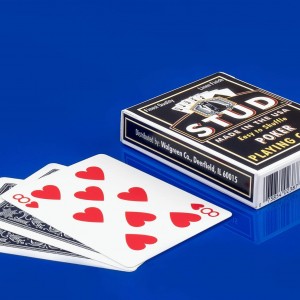 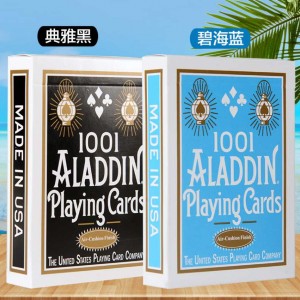