Printed in the USA by the United States Playing Card Company, each deck is numbered with a special seal from 1-2500. 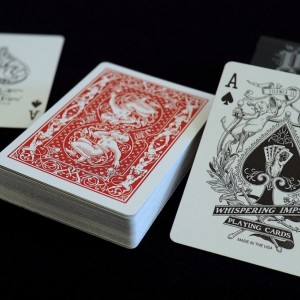