Andrew Dougherty’s famous Tally-Ho brand started in 1885 and is still printed today. The original deck had the Ace of Spades with the Centre Street address and a Jolly Joker card. The Tally Joker was introduced 20 years later in the early 1900s. Due to the British origins of the phrase “tally-ho” which is associated with a fox hunt, later versions included a fox hunting Joker.

The original deck had a unique back and several versions were then used before settling on the familiar circle and fan backs now seen. Each card was redrawn by hand by Michael Scott and printed by the US Playing Card Company on Bee stock and includes 1 joker and 1 double back card. 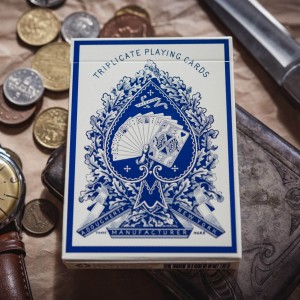 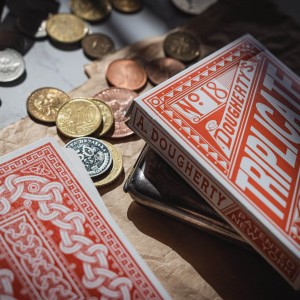