The Hyperboloid Burr is a six-piece burr puzzle made from identical hyperboloid pieces. Originally designed by Oskar van Deventer with the help of Naoaki Takashima. With Oskar's permission , this has been recreated by TwoBrassMonkeys in brass.  You can use this in two different variations: either six or seven pieces. The six piece version of the puzzle assembles and displays well, but if picked up by a single piece falls apart under it's own weight, where as the seven piece assembly is completed with a satisfying "click" and holds together well - a satisfying fidget toy in it's own right.

The tolerances for this puzzle were absolutely critical as a mere 0.03mm tighter or looser and the seven piece version of the puzzle either does not assemble or falls apart completely, therefore making this a challenging piece to manufacture.

TwoBrassMonkeys design and manufacture all their puzzles right here in the United Kingdom. 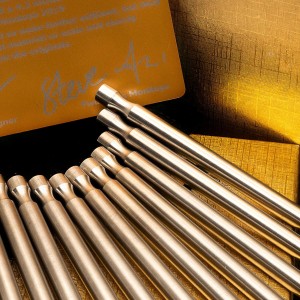 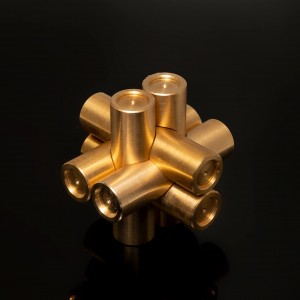 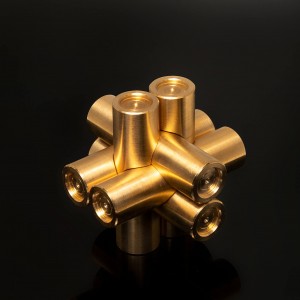 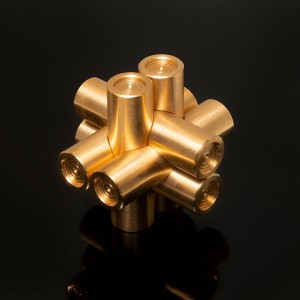