The Titans are extremely durable and very well weighted, and the bead design plays, feels, and looks amazing.

Measuring 19mm by 19mm and weighing in at 17g per bead. The Titan design is the result of months of development and hundreds of hours of play testing with feedback from players all around the world.

These are serious begleri for serious players. We've made no compromises at all on this product.

Grade 5 Titanium is one of the most durable materials available, and the density of titanium allows for a large bead without being overweight. As with any begleri, you can expect them to "age" over time. Grade 5 Titanium tends to darken slightly with regular handling and is much harder than Aluminium and most other metals, but it will still scratch and ding when dropped.

We expect the Titans to be smashed together and dropped repeatedly, and you'll find that they eventually develop a bit of additional texture that helps with the bead control. As you gain control and drop them less, the constant hammering and handling may lead to a glossier appearance. Rather than trying to keep them looking new, treat it as a process of cultivation, reflecting the hours of play you've put into them. The weight and shape of the titans make them excellent for advanced tricks like rolls and wraps that require momentum and stability. Colours may not be exactly as shown, and look different in different lighting. There may be slight blemishes, and some are lighter or darker than others.. We've manually pulled out any significant flaws in our quality control process, but we haven't concerned ourselves with minor discolourations, because once they are out of the box you're going to be hammering them and dropping them.

About the PVD coating: Because titanium is much harder than aluminium, scratches and nicks are less likely to show up. In general, the PVD coatings "age" more gracefully than anodised Aluminium. Aroundsquare works to identify and use the best available materials and processes, but all colours are prone to wear after extended use and drops. Players literally beat these beads against each other for hours each day. The colourings are not painted on, and do not "chip", but they are thin, and will show scratches and nicks over time, especially if dropped on rough surfaces like concrete.

(AO2) is about social transformation. We do a lot of different things, guided by the goals of sustainability, democratisation, and social justice. While our work is eclectic, all of it is underpinned by the idea of leveraging creativity and learning for the greater good. In practice, the bulk of our activities are concentrated in the areas of transformative education, monitoring and evaluation, and the design of toys and other materials that support the development of human potential. AO2 is a social enterprise. Unlike regular businesses which only seek profit, AO2 uses a model that generates profit in addition to furthering social, environmental, and human development goals. We actually have four bottom lines, not just one, and we measure our success against all four. Aroundsquare is proud to be a part of the new economy.

Born in Greece, Begleri is a small skill toy which consists of one or more beads at either end of a string, rope or chain. They can be flipped, twirled or more around fingers to person visually appealing tricks in a similar manner to how playing cards are manipulated during cardistry. Deriving from from Greek rosary beads (Komboloi) which are often used as worry beads. While komboloi have beads forming a closed circle, begleri beads are threaded on an open strand, usually in a symmetrical formation, with equal weighting at either end. Begleri come in many forms, consisting of semi-precious stone or metal beads. 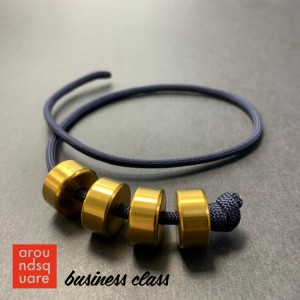 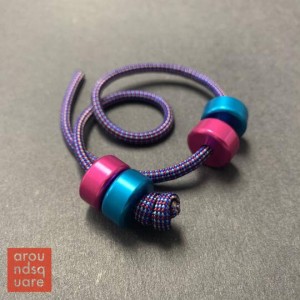 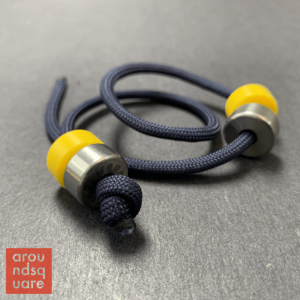