Carved from a solid billet of 25mm brass, Tellurium Copper The Multnomah was designed to represent a popular tourist spot near Portland.  Multnomah Falls (photo credit, Wikipedia) is the tallest waterfall in Oregon and the second tallest year-round waterfall in the U.S.  There are two drops to the falls, and this top is designed with a bump in the stem to resemble the middle pool.  This top is designed to spin from both ends with bearings top and bottom.

The Multnomah has 12 milled grooves along the side and grip to display a spinning illusion of water movement; this is visible best in direct sunlight or on video.The brass weighs approximately 42 grams, whilst the Stainless has averages around 40 and the Tellurium Copper around 44. This top has produced spin times of around 7-9 minutes when tested. The contact point is Ceramic, Ceramic (Silicon Nitride Si3N4) bearings are used for the longest and smoothest spin times! This is possible because they are virtually frictionless and lighter than Steel or Tungsten.

In rare cases if dropped it is possible for them to shatter so some care is needed when selecting this contact point. They are also used in applications ranging from championship Tour de France cycling teams to the engines on the space shuttle! 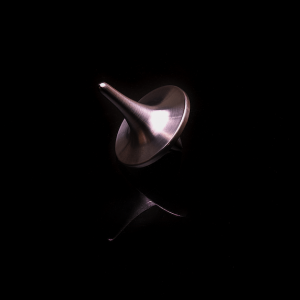 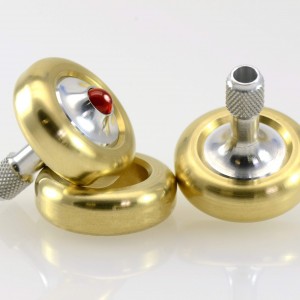 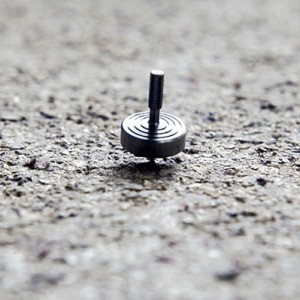