Memento Mori - "Remember your mortality" Stemming from the medieval Latin theory and practice of reflection on mortality, it has been a ubiquitous part of human culture for centuries. From the philosophical to the artistic, the fascination, fear and appreciation of death has consistently captivated and cultivated our imagination.

Many practitioners of this theory kept with them, artifacts or keepsakes which served as a reminder that the only thing certain in life, was death. Many of these items were often objects (watches, necklaces) in the shape of skulls.Memento Mori NXS (Nexus) represents the convergence of life, art, and triumph. It exists as a reminder to seize every precious moment that we are gifted, to live every breath to its fullest, and to leave a lasting legacy to endure the ages.

Memento Mori NXS brings back acclaimed artist Adrian Valenzuela, art designer behind the original Memento Mori. With Memento Mori NXS, he takes low-poly designs to a whole new level by infusing abstract shapes with realism of light and shadow. The result is a beautifully modern design reminiscent of classical impressionism, yet grounded with purpose and inspiration. 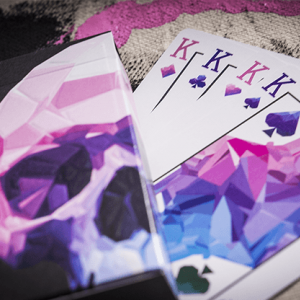