Twilight has set over the city. Everywhere you look, you see mysterious skeletons lurking in the cobalt darkness, ablaze with iridescent colours. The designer Nick Kumbari uses skulls as his favourite subject matter and transforms them into a fresh visual exploration of shapes and colours. Overall, the deck provides a simple and sleek experience with captivating imagery to discover as you shuffle through. 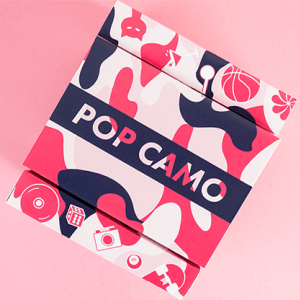