Designed by Phill Smith and printed by the US Playing Card Company.

Theodore DeLand was a genius creator and innovator in the magic world. DeLand lived from 1873 to 1931. Before departing this world, he left behind an enormous collection of mind-boggling creations.Few are aware that DeLand actually created many marked deck designs in addition to countless magic tricks. Originally offered in 1919, the Daisy and Nifty Decks appear to be innocent cards at first glance - but each deck holds many secrets waiting to be decoded.

Featuring full-bleed borderless backs design that looks right at home on the poker table. We have meticulously recreated each design to be faithful to the original, while making small changes to make the decks more useful for the modern performer. The Daisy Deck is in deep burgundy and the Nifty Deck is dark blue. 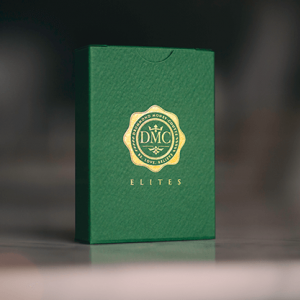