The Elites are a unique collaboration between DMC himself and designer and magic creator Phill Smith - architect of the optical marking system. The V4 is the most versatile, nuanced and advanced version ever created.

For the first time, the V4 is printed by the United States Playing Card Company on their legendary Bee stock, still the world's favourite choice. The cards will endure hours upon hours of professional use, and all faces are standard USPCC faces for minimum scrutiny or suspicion from your audience.

The OMS has an ingeniously hidden marking mechanic that is readable with extreme speed, at great range and even in poor light. It hides the value and suit of the card in plain sight with no decoding necessary - the back of the card literally says the value and the suit. Despite this, you can still comfortably hand the deck to a layman, safe in the knowledge that even the most critical observer would not ever suspect, let alone detect, the secret markings.

A second feature allows the markings to be read from a relatively slim spread of cards on the table - or even a fan of cards held in the hands. Finally, the deck also now features a very clear, one-way marking system, allowing for delayed reads and unlocking a whole new realm of methods. Each deck also comes with an instruction card that explains the markings visually - with no language limitations for international performers. 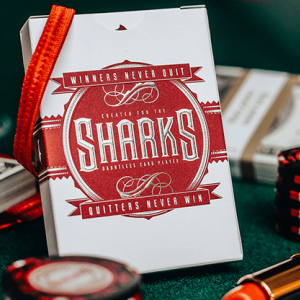 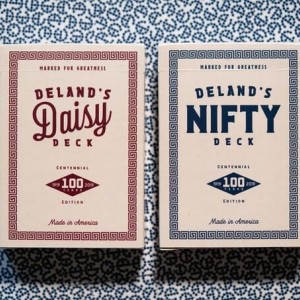