De'vo's playing cards are world famous for both their functional design and their superior handling abilities. They are used by the world's best card experts, poker players, and magicians! They have appeared on many television shows including Stan Lee's Superhumans television show, most recently on YouTube's Dude Perfect with over 43 MILLION VIEWS, and many other places! De'vo's cards are in the homes of celebrities and Hollywood superstars and are used by magicians, card players and card artists around the world. Some of his decks sell out just minutes after release!

Cardistry Ninjas takes functional design to the NEXT LEVEL by offering many different looks depending on how this deck is manipulated. This deck has De'vo's "Twin Tip" signature design, meaning that you can shuffle them normally without mixing up the cards for both the faces AND the backs. 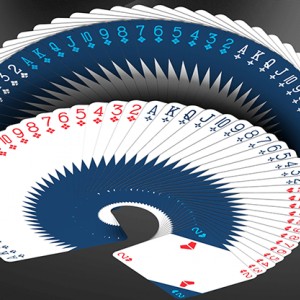 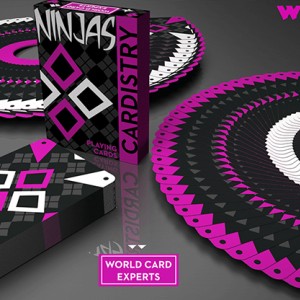